Marie Dressler was very popular in vaudeville at the turn of the 20th century. Did she try to become a silent-film star? She was in Tillie's Punctured Romance with Charles Chaplin and Mabel Normand in 1914, but she doesn't seem to have quite caught on. Why not? 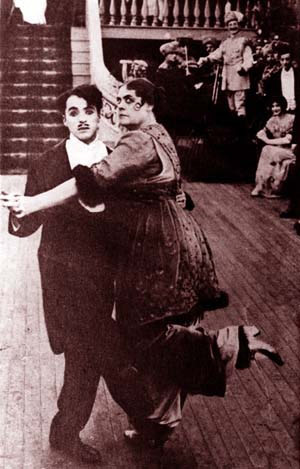 As told in the book, Marie was a huge star when Mack Sennett approached her to film a loose adaptation of her stage play Tillie's Nightmare. The result, Tillie's Punctured Romance, is quite important in film history. Released in 1914, it was the first feature-length comedy, Marie's film debut, and an early example of Chaplin honing his skills and developing the tramp.

The film was a big hit, but Marie later sued Sennett, claiming he denied her her share of the profits. She took the bad advice of her manager-boyfriend and alienated early film producers with high demands. So she was blackballed, and the few silent films she made after Tillie were financed by her production company, which eventually went bankrupt.

The failure of her early silent-film career was due to bad business decisions, not because she didn't come across on the screen. Tillie's Punctured Romance is a primitive movie, no doubt about it, but it is easy to see what made Marie, Chaplin, and Normand so popular. There are some seriously funny bits, and I marvel at Marie's willingness to be the butt of so many jokes about her looks and weight. Wherever she goes, that giant rear end of hers causes mere mortals to topple like dominoes. She and Chaplin make a fabulously odd couple, and it's too bad they didn't work together again.

Marie had a big ego, and she really used it at this point in her career. She, like most people at the time, believed movies were strictly for the lower classes. They were cheap entertainment with no lasting value. When she came to see otherwise, she had already alienated Sennett and any other would-be backers. So she was rather self-defeating as far as an early film career was concerned.

Also, strictly from an artistic viewpoint, she was less effective in silents than she was in talkies. She had a fantastic voice with great range of emotions, and obviously that goes unrealized in silents. When she opened her mouth to talk in the late 1920s, she was a revelation.

Marie Dressler made her Hollywood comeback in the late 1920s. How did that happen?

As Marie told it, and as captured in the book, she owes her late life success to Frances Marion. Marion was a cub reporter when she interviewed Marie in 1911 on tour in San Francisco. Marie took a liking to her, they reconnected off and on through the years, and became close friends.

When Marion became a major screenwriter during the early years of MGM, she wrote a screenplay for Marie. Irving Thalberg approved of the casting, albeit reluctantly, since Marie was then a destitute has-been. The movie was called The Callahans and the Murphys, and it came out in 1927 to positive reviews. But the comeback didn't take on the first try. The Callahans was a comedy filled with jokes delivered by and aimed at the Irish, and outraged Irish-Americans, backed by the Roman Catholic church, protested the movie. 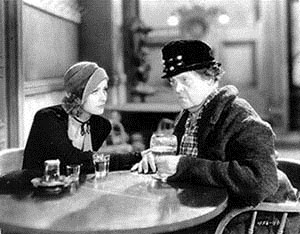 Studio chief Louis B. Mayer saw no option but to appease the angry mob, and pulled the film from distribution before it was widely seen. Today, sad to say, it's a lost film. Fortunately, Marie made an impression, so The Callahans and the Murphys led to small movie roles here and there.

But everything changed dramatically when Anna Christie [right] was released in early 1930. This was famously Greta Garbo's first talkie, but Marie, as a waterfront drunk with a big heart, stole the show. Audiences went nuts for her. With Anna Christie, Marie's comeback was complete.

Following her comeback in mostly supporting roles, Marie Dressler, then in her sixties, became a major film star. I know that Ruth Gordon became a film leading lady in her 70s, and so did Jessica Tandy. George Burns had a couple of hits when he was in his 80s. But Dressler was a top box-office attraction throughout the early 1930s. Is she a unique case among old-timers, whether male or female? And why do you think audiences in the early 1930s became so enthusiastic about a very matronly sixty-something-year-old? And how did Dressler react to her newfound stardom?

What you've touched on here, André, is what drew me to Marie in the first place. If she is remembered today, it's for her amazing stardom at the end of her life in the early 1930s. And, yes, she is a unique case and will be forever. According to movie exhibitors polled at the time, Marie was the number one box-office attraction across America in 1932 and 1933. Number one! That puts her ahead of Clark Gable, Jean Harlow, Joan Crawford, James Cagney, and Greta Garbo. Every movie Marie made after Anna Christie brought in piles of money for her home studio, MGM, and helped it weather the Depression. 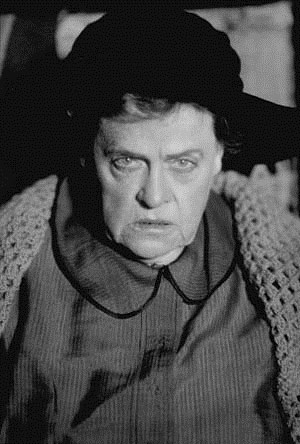 In the book, I suggest that the key to her success was timing. An overweight, jowly, elder actress came to represent the optimism necessary to endure the Depression. One man I interviewed who remembered her said that people flocked to see her movies because she gave them hope. One look at her and you could believe that she was a symbol of love, courage, and survival, which was exactly what the times needed. Her stardom is one of the great anomalies in Hollywood history, a kind of adoration that isn't supposed to happen to an older, homely woman.

Marie basked in her success. She had been through enough trials in life - points when she couldn't get a job - and so she was more than ready for fame and adoration. I think audiences loved that they could give that to her, too. It made them feel good to shower her with love, because she took it so gratefully and graciously. She was the loving grandmother that her fans wanted to protect and comfort, while she comforted, amused, and moved them in return.

Her stardom also points to something missing from modern movies. In the 1930s and into the 1940s, American films had an array of character types, including the "imperious older woman." Marie's success was without peer, but she was not alone in the anti-glamour, anti-youth department. There was Margaret Dumont, Lucile Watson, Alison Skipworth, May Robson, Mary Boland, Beulah Bondi, and Spring Byington, among others. They were simply fantastic, and their types have all but disappeared from the screen.

Or today, they toil beyond the glare of recognition - fine actresses like Celia Weston, Grace Zabriskie, and Margo Martindale. Kathy Bates has maintained a thriving film career, but it seems to me that today the middle aged or older actress is expected to look young, and those without great beauty have to attempt the sexy glamour routine anyway. Whatever happened to the embrace of dignified and vital maturity?