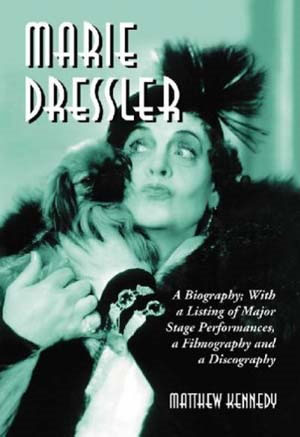 It's Oscar time. What better way to celebrate the 80th Academy Awards than by having a q&a about the best actress Oscar winner …
… of 1931?

(Or rather, for the period 1930-31, as the Oscars in those days covered films released in the Los Angeles area from August 1 to July 31.)

And who was the best actress winner that year?

Well, none other than - according to US film exhibitors' polls - the biggest box-office attraction in the United States of the early 1930s.

Go get yourself a film history book. Grable was the biggest female box-office attraction of the 1940s. 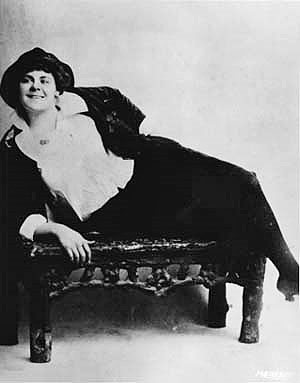 A star in vaudeville at the turn of the 20th century, Marie Dressler was a major stage name in the 1910s, a time when she also appeared in a handful of silent comedies, including what is reportedly the first feature-length comedy ever made, (the recently restored) Tillie's Punctured Romance (1914), opposite Charles Chaplin and Mabel Normand.

Not long thereafter, Dressler was a down-and-out has-been.

At about that time, the talkies arrived. MGM featured Dressler in the all-star musical The Hollywood Revue of 1929. The following year, she landed a (hilarious) supporting role in The Girl Said No, stealing the movie from its nominal star, William Haines. Also in 1930, she supported Norma Shearer in Let Us Be Gay - nearly running away with the film - and Greta Garbo in the English-language version of Anna Christie. Garbo received an Academy Award nomination for her overwrought performance, but many felt that the heavy, heavy drama belonged to Dressler's barfly.

Also that year, Dressler played leads in two films that would unexpectedly catapult her to superstardom: the highly popular quickie Caught Short, opposite comedienne Polly Moran, and the sentimental mother(ly) love drama Min and Bill, squabbling with boyfriend Wallace Beery while resorting to whatever means necessary - even murder - to protect waif Dorothy Jordan. Needless to say, she must pay for it at the end. That mix of broad humor, unabashed sentiment, and out-of-control mugging became MGM's most profitable hit of the year. 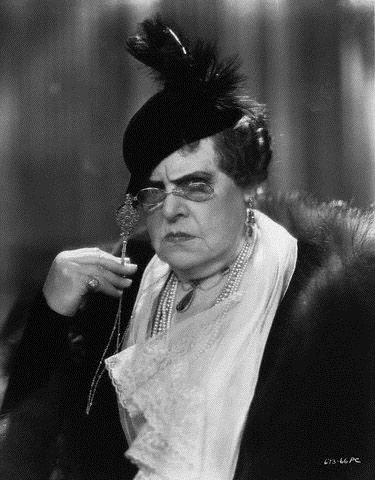 Following her Oscar win for Min and Bill, Dressler was kept busy at the studio. She starred in more comedies (Politics, Reducing, Prosperity - all three with Polly Moran; and Tugboat Annie, once again opposite Wallace Beery); the sudsy drama Emma, for which she received her second Academy Award nomination; the David O. Selznick-produced all-star comedy-drama Dinner at 8, in which she was top billed; and The Late Christopher Bean, a dramatic comedy co-starring Lionel Barrymore.

With the exception of Dinner at 8 (right), Dressler's vehicles were major box-office hits (especially in the United States), but were not considered high-class entertainment. ("It is regrettable that Miss Dressler and Mr. Beery should have been cast for the first time together in this far from pleasant film," wrote Mordaunt Hall - about Min and Bill - in the New York Times.) That may explain the dearth of critical examinations of her career and performances. Also, although audiences loved Dressler, more than a few critics found her acting style much too mannered.

Indeed, Marie Dressler could never be accused of being a subtle actress. That said, at her best - Let Us Be Gay, The Girl Said No, Dinner at 8, the last scene in Min and Bill - she remains as effective as ever. 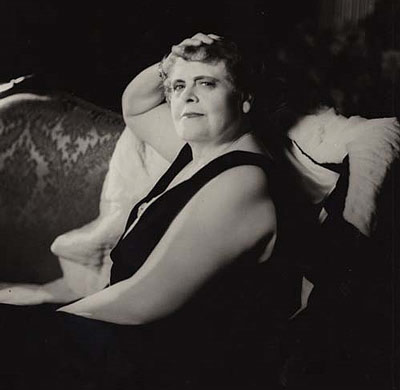 A few years ago, author Matthew Kennedy, who was q&a'ed on this blog following the publication of his Joan Blondell biography, Joan Blondell: A Life Between Takes, wrote a Marie Dressler bio appropriately titled Marie Dressler. Matt, whom I met at a book reading of his Edmund Goulding bio, Edmund Goulding's Dark Victory (that's going to be our next q&a), kindly agreed to take another look at his old biographical subject and to allow me the use of several photos from his collection. Keep scrolling down…

(Also, make sure to check out Jeff Cohen's look at the aborted 1930 MGM musical The March of Time, in which Marie Dressler had a role.)

First of all, what made you decide to write a book on Marie Dressler, a performer who died in 1934?

Well, she does seem to be a member of the obscurati, doesn't she? But once I started looking at her life, I was hooked.

In the early 1990s, some friends and I saw Dinner at Eight at the Crest Theater, an old movie palace in downtown Sacramento. Yes, we all agreed, Jean Harlow was hysterical and perfect, but we really fell in love with Marie Dressler as the faded actress Carlotta Vance. I had known of Marie for years, but this was the fist time I'd seen her with a theater audience, and the reactions were so strong.

Then for the next few years, I wrote nothing but film reviews, and a nagging question was lurking in the back of my head: Do I have a book in me? It was a question I didn't dare say out loud for the longest time. Then somehow the idea of writing a book and Marie were combined, and I began to see her as a subject for a biography. When I did some preliminary research, and saw her name attached to legendary show business people like Lillian Russell, Charlie Chaplin, and Louis B. Mayer, that sealed the deal. Of course I didn't know what I was in for, but I had to jump off that cliff and make a commitment. And once enough information was collected, the doubt went away and I was consumed by this amazing woman for four years.

Now, who was Marie Dressler? What kind of person and performer was she?

Marie was Canadian by birth, born in Cobourg, a lovely colonial town on the north shore of Lake Ontario, in 1868 (or 1869, depending on who or what you believe). She knew early on that she was large, awkward, and had the face of "a mud fence." Her salvation was in making people laugh. Nothing gave her more pleasure, though being a clown her entire life came at a cost. She also developed great fortitude. Her father was abusive, she and her sister and parents moved frequently, and they were often impoverished.

When she began performing in operettas and later in vaudeville, Marie developed the discipline necessary to survive the grueling demands of the stage. She had little formal education, was a good singer, and made her own clothes. Her private life was a bit of a mess. She was married briefly in the 1890s, and was later involved with a no-good bigamist who took her money. She was extremely generous and politically active, selling war bonds during World War I and later becoming a champion of women's suffrage. She was a major force behind the creation of America's first theatrical union, but she later took an anti-union stance in Hollywood. Such contradictions keep a biographer guessing. 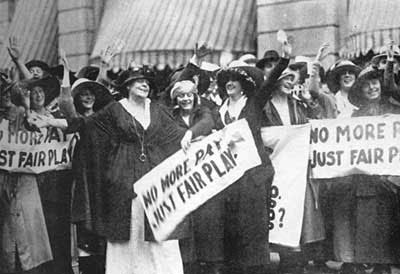 One of the great joys in writing this book was researching Marie's early years. It was a fun challenge to reproduce the life of a traveling actress in the late 19th and early 20th centuries, and overlay that with the major events of the day that impacted her life, including the Titanic and World War I. Her long stage career exists only in scrapbooks, programs, on microfilm, and historic pages of newspapers online. To assemble the whole story of her touring life and relationships with fabled names in American theater such as Lillian Russell, Weber & Fields, the Shuberts, Eddie Foy, Florenz Ziegfeld, and Anna Held, I had to visit the special collections of several libraries in Philadelphia, Cleveland, Boston, New York, Washington, and LA.

There is a museum and archive with exhibits devoted to her in Cobourg, complete with an annual film festival. The good people of the Marie Dressler Foundation are keeping her memory alive. So writing this book introduced me to all sorts of wonderful and unexpected people and places. Slowly a picture emerged of who she was as a person, and I've tried to capture that in the book.

Everyone I interviewed who knew Marie, including actresses Maureen O'Sullivan, Anita Page, Joan Marsh, and Karen Morley, director Joseph Newman, and nurse Grace Annable, said very kind things about her. She was warm, professional, funny, and comforting. She had insecurities - about her looks and the social class of her family most apparently - but they didn't seem to cloud people's fondness of her.